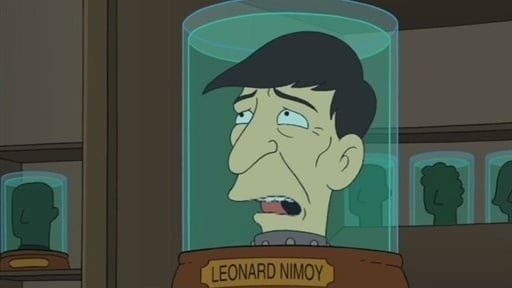 How much might the highest bidder pay for Steve Jobs' intact brain in a jar? I could see a die-hard collector and history fan dropping 10 or 20 million $ for bragging rights. Maybe more.

But what if that buyer could count on extracting information from the brain? As science continues to better our understanding of functions like memory, intelligence and cognition, and improves brain-scanning and simulation, we're rapidly developing the ability to identify where and how information resides in brains. Researchers have already  distinguished between different recalled memories in brains. So how many more years will pass before mankind can read meaningful portions of the well-preserved brain of a deceased person? 5 years? 10? 20? 50? 100?

The answer may well be 10-20 years, but even if it's 100 - that could seriously affect the price a person or an organization is willing to pay for a brain. The prospect of retro-active brain reading will surely push up the going rate for preserved brains.

So maybe that raises the top bid for Steve's brain to $50 million, especially considering the advances being made in fields like chemo-preservation, which is turning out to be a powerful alternative to freezing. For an in depth overview check out Ken Hayworth of the Brain Preservation Foundation discuss this at length - begins at 3 mins 30 seconds.

Keeping in mind accelerating developments in computer processing, scanning, information theory and brain sciences, how much might a government or group betting on the prospect of retro-active brain reading in the future be willing to pay for the brain of a key scientist, intelligence operative, general, politician, inventor or enemy? The going rate will of course be influenced by available budget and the certainty of the purchasers, but both of those will only rise as we move forward in time. There will most likely be more capital available. There will most likely be greater certainty that brains can be read.

How much would a company be willing to pay for Steve Jobs' brain (which was not preserved, btw)? How much would the U.S. pay for the intact frozen brain of China's leading cyber strategist? How much would Obama's or Gates' chemo-preserved brain be worth to the Chinese govt?

The only thing I'm really sure of is that the informational value and going $ rate for ALL brains will rise steadily over time as accelerating change, systems quantification and the emerging superfluid economy conspire to allow us to read brains better and make information more useful and transferable - just as the value of rain forests goes up as we figure out the previously discounted or externalized value of the ecosystem and species therein.

Perhaps we'll get to a billion dollar brain purchase by 2030 or 2040. Perhaps the average going rate for a brain will be $1 billion (inflation adjusted) by 2060. Perhaps some foresighted risk-takers are already stock-piling brains. Perhaps there are companies or nations that have already put "brain recovery" clauses in key asset's contracts.

It may seem crazy to contemplate. But such an exercise is much less whacked than it would've seemed just 5 or 10 years ago.

The main point: it's worth thinking about - maybe someone will retro-actively read your brain one day.

Popular posts from this blog

January 13, 2017
The Great AI hunger appears poised to quickly replace and then exceed the income flows it has been eliminating. If we follow the money, we can confidently expect millions, then billions of machine-learning support roles to emerge in the very near-term, majorly limiting if not reversing widespread technological unemployment. Human-directed  machine learning  has  emerged  as the  dominant  process  for the creation of  Weak AI  such as language translation, computer vision, search, drug discovery and logistics management. I ncreasingly, it appears  Strong AI , aka  AGI  or "human-level" AI, will be achieved by bootstrapping machine learning at scale, which will require billions of  humans  in-the-loop .  How does human-in the-loop machine learning work? The process of training a neural net to do something useful, say the ability to confidently determine whether a photo has been taken indoors or outside, requires feeding it input content, in this case thousands of diff
1 comment
Read more

February 02, 2009
Not only did Google add an ocean to its Earth platform today , the company also enabled "Historical Imagery", a new feature that brings to life a crude version of what Yale computer scientist David Gelernter 's 1992 prediction of the planet on a “time toggle”. The Google Blog: Until today, Google Earth displayed only one image of a given place at a given time. With this new feature, you can now move back and forth in time to reveal imagery from years and even decades past, revealing changes over time. Try flying south of San Francisco in Google Earth and turning on the new time slider (click the "clock" icon in the toolbar) to witness the transformation of Silicon Valley from a farming community to the tech capital of the world over the past 50 years or so. Along with a new 3d Mars feature, the additions have increased the scope and resolution of the largest publicly accessible simulation of our physical system, thus expanding the Google's information sc
1 comment
Read more